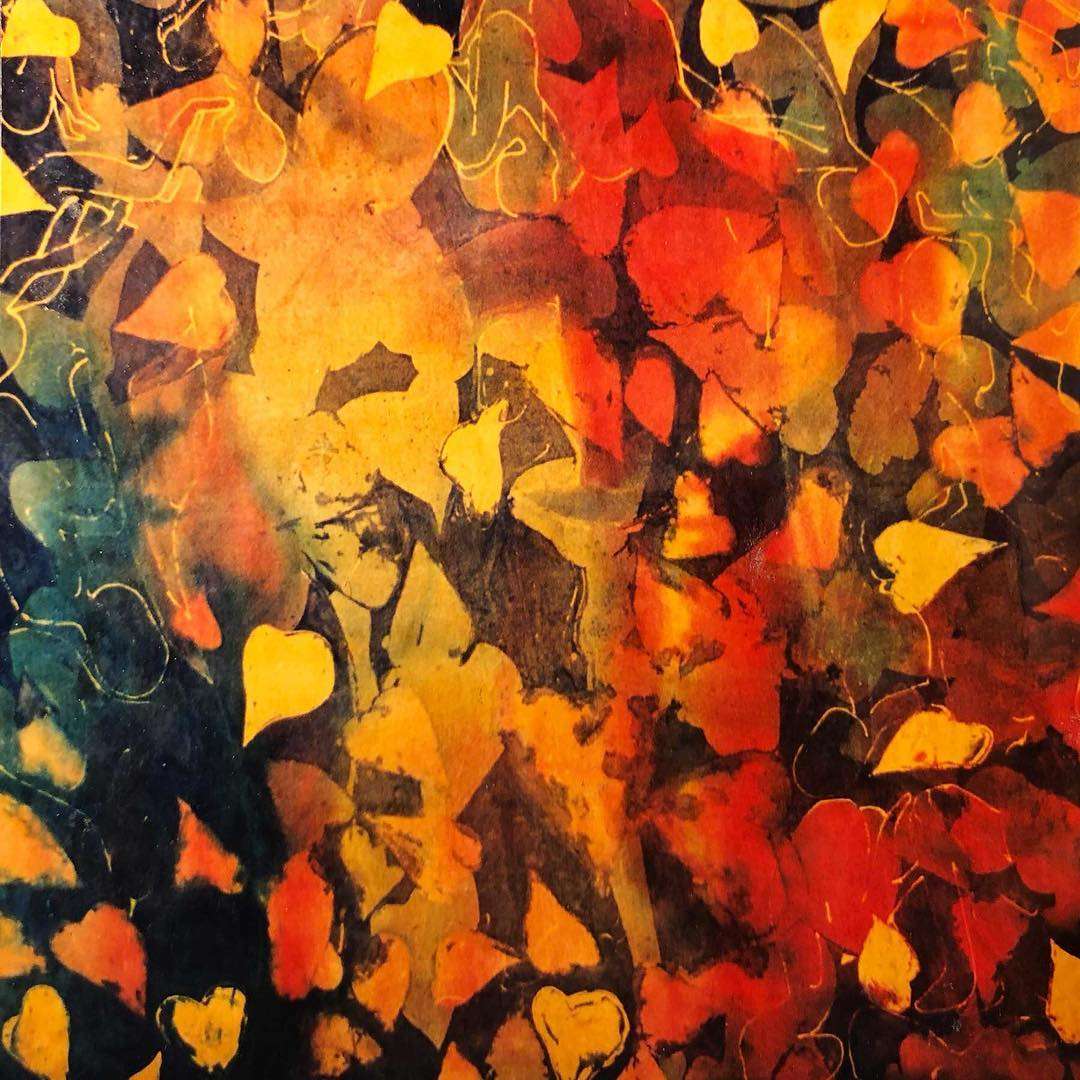 These images are from 1991-1993 when I was in grad school at @scaddotedu. I started grad school as a painting major and did the last two paintings in this post during my first year. Everyone in my classes and the professors who came to my critiques and reviews hated them. I wasn’t very good at talking about what my work was about, and they were seen as just pretty, decorative images with no meaning or depth behind them. At the time, being conceptual was all that mattered; you could put a pile of trash in the middle of the room and as long as you could make up some good bullshit, you’d be just fine. Meanwhile, my paintings were being trashed every time.
Just when I was about ready to throw in my paintbrush, someone from the fibers department came to one of my reviews and said, “You’re just in the wrong place; come see what we are doing in fibers!” So I did. And I changed my major (which is not easy in grad school!) and switched to fibers. I started learning about screen printing and batik and sewing and what I was struggling to do with paint became easy with fabric dyes, inks and paints! Not only that, they were very well received. I haven’t really done a great deal of fiber work since grad school, but what I learned was invaluable and became part of my growing arsenal of techniques.

The first image is batik on silk, the second is (mostly) screen printed on cotton. The last two images are acrylic paint (with a lot of water) on unprimed canvas.

This site uses Akismet to reduce spam. Learn how your comment data is processed.

I just want to draw pretty pictures... and I want you to have them! Sign up for my email list for free monthly wallpapers, occasional downloadable freebies, discount codes and more.

You're in! Check your email in a minute to get this month's downloads and see what else I'm up to.

I respect your privacy and promise to never sell or spam your email address.